By no means insignificant: the Koasa March mountain hikes

You can find all the detailed information about the KOASA March events here. Whether it is the trail run event or the hiking events. No matter if starting times, age groups, programme or entry fee for all 7 routes, you will find the information you need here in the download. 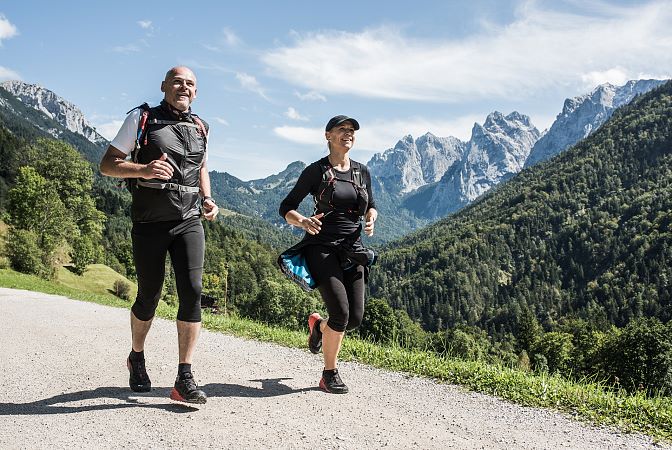 The 51st edition of the Ebbs Koasa March will start on 19th June 2021. The event has a cult status, as the number clearly shows. Originally devised as a pure hiking event, in the intervening period it has attracted several thousands of participants. A few years ago trail runners arrived and a new surge was experienced. Thanks to its accessibility and its proximity to the south of Germany along with their Alpine, Tyrolean character, the Kaiser Mountains near Kufstein have become an attraction for all kinds of mountain sports – trail runners, hikers, mountaineers and climbers alike feel right at home in the ‘KOASA’. The routes of the KOASA marathon, the KOASA Classic Run and the KOASA half marathon are of note for all uphill enthusiasts. Valley hikers and families alike can choose from two routes – over 12 and 5 kilometres. Whatever tour you decide on, you always finish off with a fantastic programme of supporting events and some delicious food and drink in the school playground in Ebbs.

Postponement of the 51st Ebbs Koasamarsch to 2021